At a distance of just three-hundred meters, there is another important establishment named Rizal Memorial Baseball Stadium where the residents can anytime head to enjoy a game with family and friends. This is another important establishment close to 3 Torre Lorenzo which makes the location a valuable one. There are also various other hubs of major importance that are situated close to the property which makes the lives of the residents a comfortable and convenient one. Some of the many essential establishments include Headquarters of Philippines Navy, Cultural Center of the Philippines, Harrison Plaza, Manila Yacht Club, Ospital ng Maynila, Century Park Hotel Manila, Mall of Asia, SM Manila, Manila Baywalk, the United States and Japanese Embassies, Asean Garden, BSP, Adventist Medical Center Manila, the MOA Arena, Robinsons Place, Manila Zoological and Botanical Gardens, PICC, PGH and many others.

Apart from the availability of several establishments of major importance, 3 Torre Lorenzo is also a location of prime importance owing to the various educational hubs that sit in the close vicinity of the property. The location of 3 Torre Lorenzo is one of the essential locations as it is one of the important University Belts of the city. The location accommodates many essential and reputed schools, universities and colleges. This allows the kids of the property to gain academic knowledge of supreme quality while having to travel the least. There is also a huge amount of student's crowd who look out for rental residential units in the same location. Therefore, if you're wanting to invest in a property that allows you some side income each month then 3 Torre Lorenzo can be the ideal most pick. You can easily have a group of students renting your unit of 3 Torre Lorenzo that would give you regular side income.

Nearby Schools and Establishments 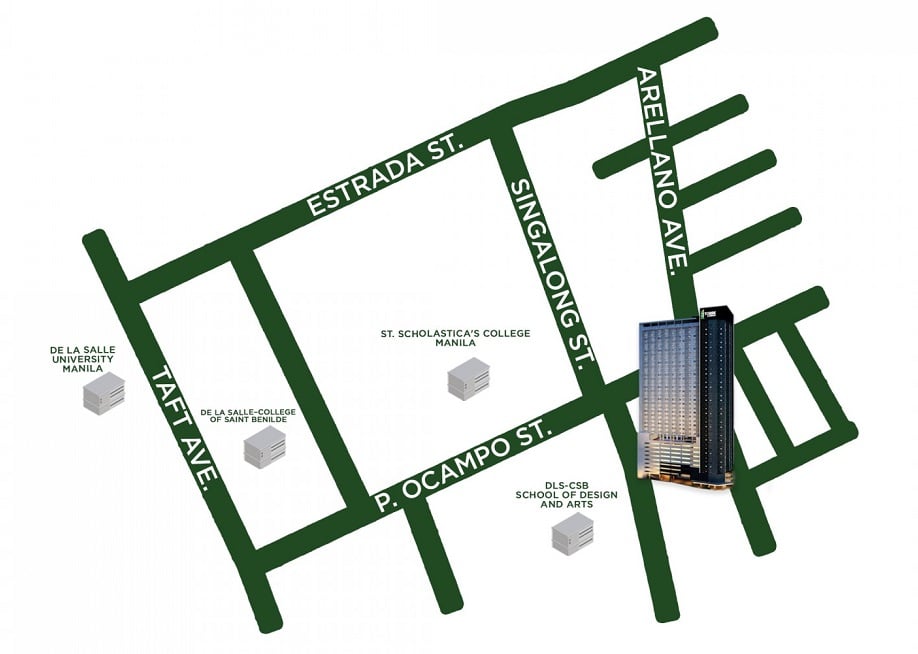